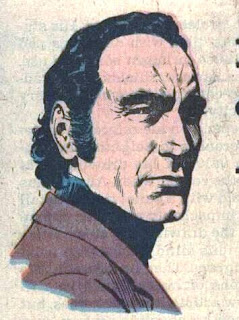 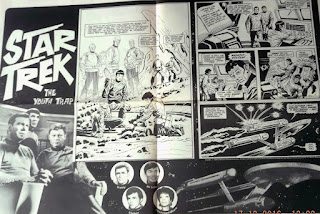 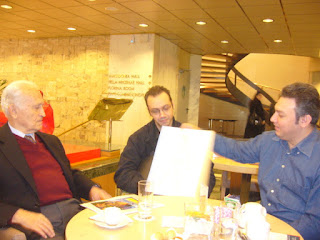 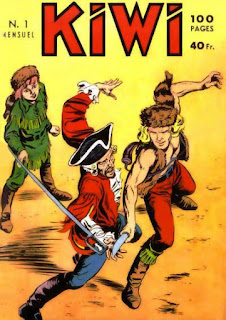 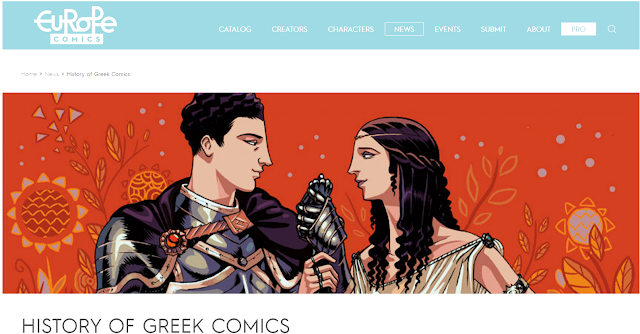 Detail from the cover of Erotokritos (2016). Art by Giorgos Gousis.

The roots of Greek Comics can be found in the early 20th century, and mainly through the interwar period, with the evolution of the satirical cartoons (mostly socio-political) in a certain “strip” form. One of the Greek pioneers of this form was sketch artist Fokion Dimitriadis with his single page strips in the newspaper Elefthero Vima, which debuted in 1927. In the next decade, this form of art will flourish, and in 1939 we see the premiere of To Periodiko Mas, a magazine published by Nikos Kastanakis. This Greek magazine was the first to include comics. Kastanakis, an inventive publisher, created the comics and mimicked diverse styles, giving the impression that different artists were working on the magazine. Unfortunately, after 25 issues, the magazine ceased its publication due to World War II. In 1945, after the war ended, a new magazine called To Ellinopoulo, hit the stands. On the last page of its 5th issue, the magazine started a new single page comic called Bibikos drawn by Kostas Papadopoulos. These early stories were mostly rip offs from comics published in the Italian kids magazine Corriere dei Piccoli. The stories, following the Italian text, were written in octosyllabic rhyme, which fit perfectly as narration method for kids and was adopted by many Greek kids magazines of the era. Bibikos stories began to have original material thanks to the great Greek painter Michael Papageorgiou (artistic name Doris). After Ellinopoulo ended its run, Papageorgiou continued to create stories with Bibikos for the new magazine Thisavros ton Pedion. The Bibikos character had an important place in the history of Greek comics, as he is the hero of the first comic book published by A. Samaras. Bibikos o Efevretis, published in 1950, included 16 single page strips and was the first issue of the comics series that possibly run for four issues (issues 2 – 4, if they truly do exist, are considered “lost”). 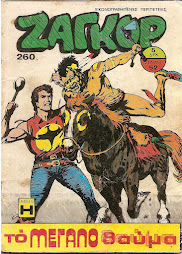